Warning: count(): Parameter must be an array or an object that implements Countable in /home/customer/www/naturesdickpics.com/public_html/wp-content/themes/naturesdickpics/inc/laborator_functions.php on line 699 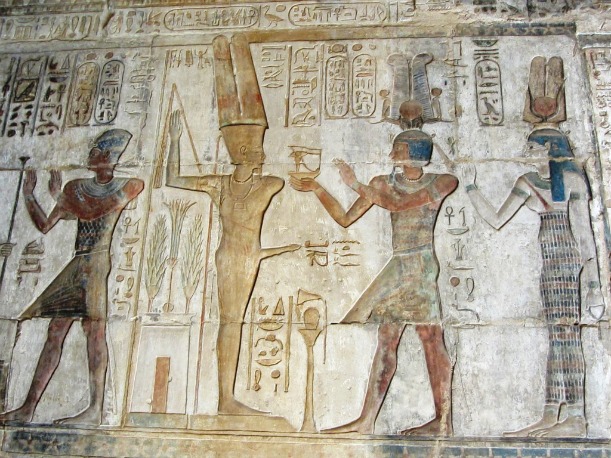 Lets get this straight, humans have been obsessed with dicks since the dawn of man (or literally the dawn of dick).  You can go back thousands of years and in every culture, across every civilization the phallic symbol has been widely regarded and represented…so check these objects out:

Holy shit that is a long time ago.  Archaeologists are not 100% sure what exactly it was used for but Professor Nicholas Conard of the University of Tübingen calls it a multi-purpose penis used as a symbolic representation of male genitalia (ah duh…didn’t take a degree in archaeology to figure that one out) as well as for “knapping flints” (just look it up). 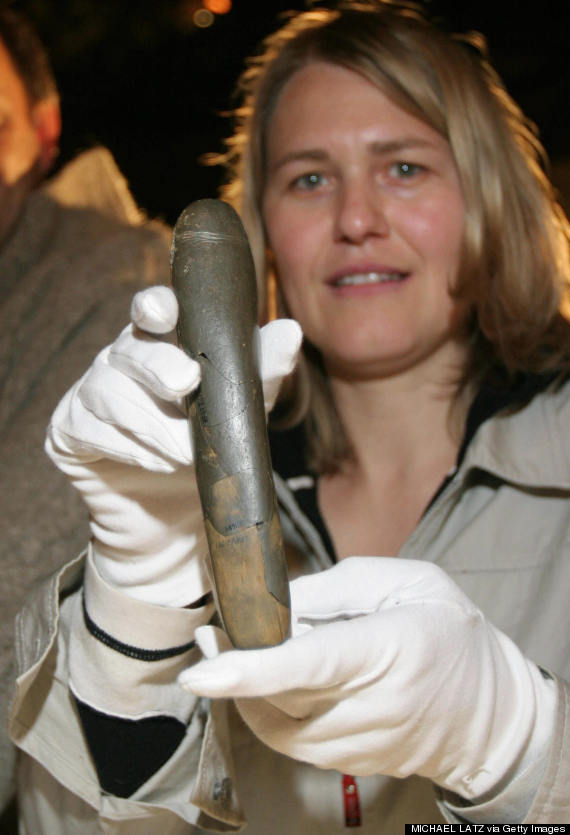 The Hohle phallus, a 28,000-year-old siltstone phallus discovered in the Hohle Fels cave and first assembled in 2005, is among the oldest phallic representations known

So this well endowed Egyptian deity called Min had a thing for lettuce (believed to be an aphrodisiac) and really never had a problem getting it up (he’s pictured with an erect penis in many wall paintings and reliefs across many ancient Egyptian sites).

An Egyptian King stands before Min, the ithyphallic god of fertility, and offers him the eye of Horus

Can you imagine these bad boys flying at you? The Romans were definitely not shy about their sexuality in art and culture.  These flying phallic symbols are considered examples of fascinus, which is the divine embodiment of the penis and is a common motif throughout Roman art.  Moreover, these symbols were associated with the god Priapus who was often shown with an absurdly erect penis and commonly found on the walls of buildings throughout the ancient cities (because you know…they didn’t have social media to spread dick pics back then). 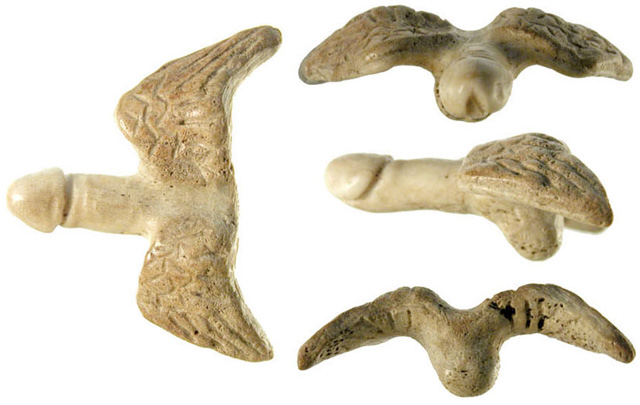 So yeah, maybe people got a little bit more conservative during the Renaissance period so artists weren’t portraying the full glory of the erect penis…or did they.  Hidden in this masterpiece by Raphael are suspiciously dick pic worthy fruit.  Freudian slip of the paint brush…possibly….sexual metaphor of repressed painters…more likely. 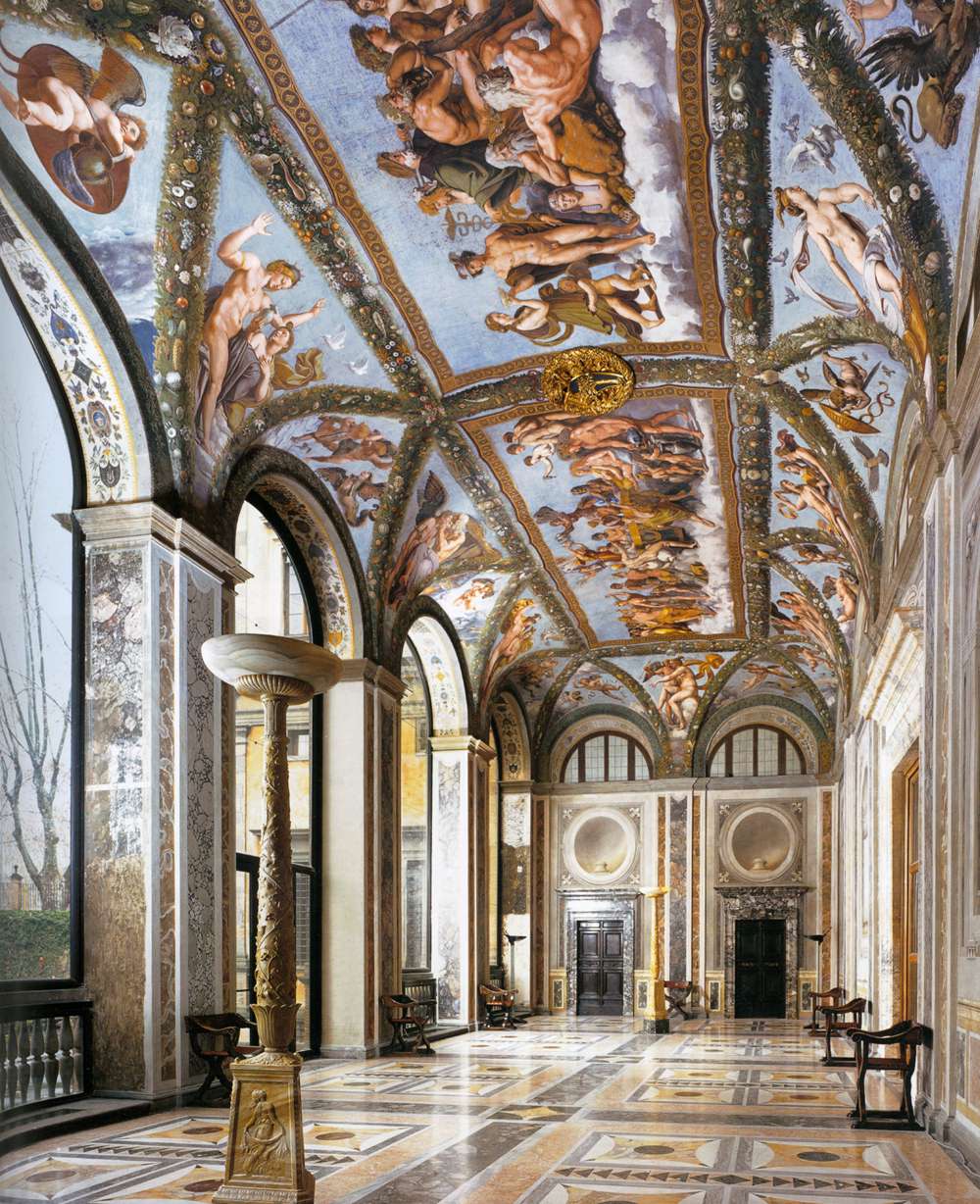 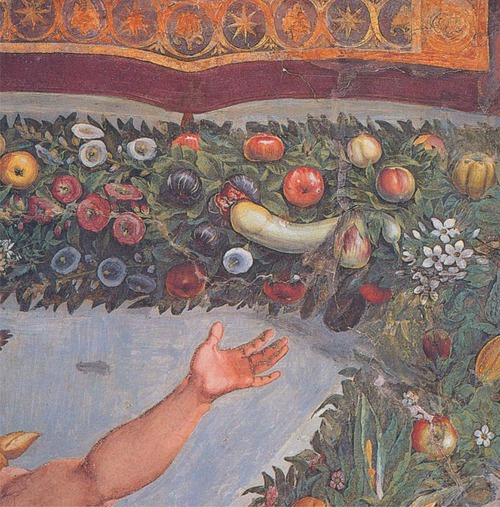 Before SNL, there was this literal dick in a box made in the 19th century for the enjoyment of…I really have no clue.  It was auctioned off at Christie’s in 2008 for $1,214 (money well spent huh?) 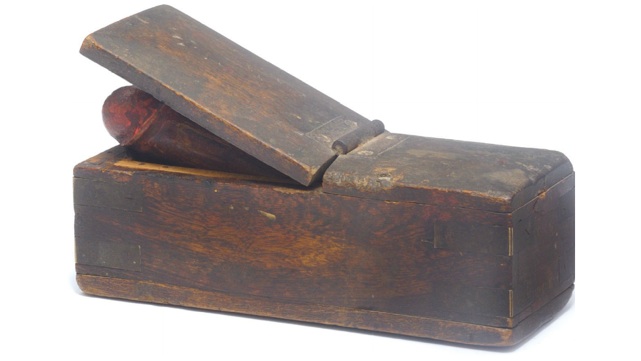 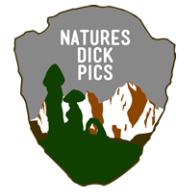